[Editor’s note: In June, 1855, after a three year engagement, William Booth and Catherine Mumford were married. They were both twenty-six. In the years following their marriage God used them mightily through their work—a remarkable blend of social concern and aggressive evangelism—in the slums of London. Out of their East London Mission grew the world renowned Salvation Army, of which they were co-founders. Their engagement was unusually long due to his poverty and Methodist ministerial obligations, especially travel, but they carried on quite a written correspondence during this time. Sometimes they disagreed strongly.]

“Perhaps their most serious disagreement during their engagement was over women’s equality. She won the argument, but a decade later it was her husband who prodded her into preaching, and a decade after that she was in more demand than he was.

“It was said of Catherine: ‘Next to religion, she cared most for disputation.’ Strangely enough, that endeared her to William. He had never met anyone like her.  . . . She had definite thoughts on almost everything, even as he did. . . .  [On one occasion, when perhaps thinking of her parents’ marriage and her father – a backslidden Methodist minister — who had lost interest in spiritual matters, she wrote, ‘God is not glorified so much by preaching or teaching or anything else as by holy living.’ …

“William felt strongly that every minister’s wife should play the piano, so she tried to learn. But it didn’t come easy for Catherine. She lacked any musical sense. It was hard on her nerves [and] made her irritable.  . . .  What came easier for Catherine was writing sermons and outlines for her husband-to-be. He was so busy traveling from one of his circuit churches to another that he often dashed off notes to her such as, ‘I want a sermon on the Flood, one on Jonah, and one on the Judgment. Send me some bare thoughts; some clear, startling outline. Nothing moves people like the terrific. They must have hell-fire flashed before their faces or they will not move.’ 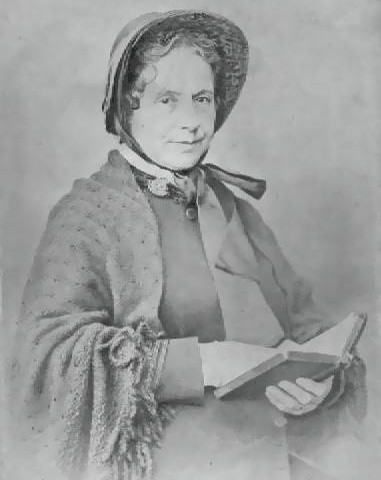 “Catherine obliged, although she occasionally reminded him to ‘watch against mere animal excitement in your revival services. . . . I never did like noise and confusion, [unless] I believed it to be the natural expression of deep anxiety wrought by the Holy Ghost; but my love, I do think noise made by the preacher and the Christians in the church is productive of evil only. I don’t believe the Gospel needs such roaring and foaming to make it effective.’ . . .

[Concerning the sexes], “he felt that a woman has more in the heart but a man has more in the head. Strongly disagreeing, she said she would never marry a man who would not give to woman her proper due. She acknowledged that because of ‘inadequate education’ most women were ‘inferior to man intellectually. … But that she is naturally so, I see no cause to believe. …’

[Some years after marrying William, when a nearby minister] “attacked women’s right to preach, Catherine responded with a thirty-two page rebuttal. To her mother she wrote: ‘Would you believe that a congregation half composed of ladies could sit and hear such self-deprecatory rubbish?’

[William came to agree strongly with his wife’s understanding of women preachers. Despite the fact that William, in Catherine’s words, was “always pestering me to begin”], Catherine “had personally been timid to speak in public. But in 1860, after the birth of daughter Emma, she felt ‘divinely compelled’ to say something in a church service. She said that she heard the devil telling her, ‘you will look like a fool.’ In reply she said, ‘I have never yet been a fool for Christ. Now I will be one.’

“The personal word that she gave at the conclusion of the morning service was so well received that she was asked to speak in the evening. That began a speaking ministry in which she often was better received than her husband.

[The Booths were married for thirty-five years and were strongly supportive of each other in life and ministry. Frequently Catherine had to stop and have a baby. The couple had eight children, six of them in their first nine years of marriage. They lived with continual financial stress and health problems. Both struggled with serious discouragement, even depression, but he more than she. Each lifted up the other, however, and the tenderness of their love never wavered. He outlived her by twenty-two years.]

“His relationship with Catherine was unique and he knew it; ‘I am quite sure’ he wrote her, ‘that we do now realize far more of this blissful union, this oneness, than very many around. I meet with but few who think and love and hate and admire and desire alike to the same extent that we do, and also with very few who realize as much domestic and conjugal felicity.’ ”

From Martin Luther Had a Wife, by William J. Petersen (Tyndale House, 1983), pp. 132-149. This selection, along with other essays and items, may be found on Dr. Rakestraw’s website/blog, gracequestministries.org., where you may also order his books GraceQuest (his autobiography) and Heart Cries (on prayer). Here you may also sign up to receive free postings on issues of major concern for God’s people. You may write to Dr. Rakestraw at bob@gracequestministries.org.

Questions you may have

There was an error obtaining the Benchmark signup form. (401) Invalid/Missing AuthToken in request